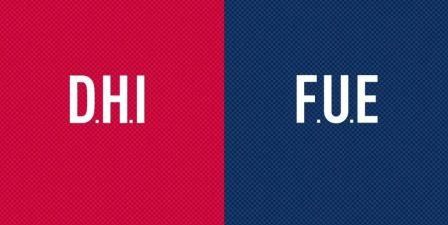 What’s the difference between a DHI Vs FUE  hair transplant?

In DHI and FUE procedure, the individual hair follicles are separated directly from your scalp. During FUE, to implant the follicles, a surgeon manually makes a series of slits into your scalp. The DHI technique helps the surgeon to make these incisions and insert the hair at the same time. The key difference between FUE and DHI is how grafts are inserted within the recipient region. While the surgeon manually implants the extracted grafts during FUE, a special implanter instrument (also mentioned as Choi Implanter Pen) is used with DHI. Also, FUE needs the opening of the slits before implantation.

The problem we will be addressing in a moment will be about the two implantation processes, the Canal System (FUE) and the DHI method.

In the slit making (FUE) process it is important to open the holes where the grafts are inserted in the region to be implanted. These very small cutters are used. These narrow cutters (slits) are drilled in the field to be planted by the number of grafts expected to be planted. Then, one by one, the grafts are threaded into these holes using an instrument called a pen set. For the grafts to be mounted in these holes, these micro-holes must be marginally larger than the grafts, which, if less than DHI, would decrease the density and increase the minimum post-sowing trail.

The grafts obtained in the DHI technique are put in individual implant tools (CHOI-PEN). Each graft is then inserted directly in the field. Using these pens, the channels that are exactly the size of the graft will be created and the smaller channels will be opened. 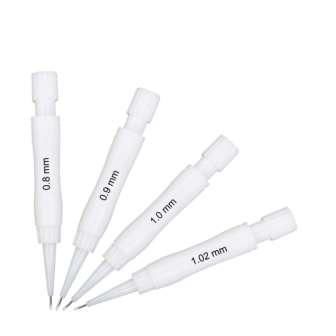 What is a FUE hair transplant?

FUE procedure has achieved attention over the last decade. as compared to the classic procedure, FUT (or Follicular Unit Transplantation), grafts are harvested and inserted one at a time, and no strip of skin is removed. As a result, FUE doesn’t leave any noticeable scarring and guarantees natural-looking outcomes.

During an FUE hair transplant, the surgeon manually removes each follicle one at a time and positions it during a storage solution. Upon completion of the extraction, the surgeon will open the canals for the grafts to be inserted. Grafts are separated from the solution and inserted within the receiver region using micro blades and fine needles. The first signs are visible after 6 months, although you’ll expect maximum hair to develop about 12 months after the treatment.

What is a DHI hair transplant?

DHI stands for Straight Hair Implantation. This is often a very recent technique, and like FUE, it leaves no noticeable scars and outcomes appear normal. Although the grafting process is simply like FUE, there are a few variations worth mentioning.

In the initiative, follicles are removed one by one employing a specialized tool with a diameter of 1mm or less. No holes or slits are produced with DHI before implantation.

DHI (Direct Hair Transplanting) could also be a procedure during which the hair is planted employing a special pen called “Choi” after the hair is separated from the neck nape. it’s many benefits and has been one of the foremost common approaches in recent times. The DHI approach doesn’t require that the slits be opened beforehand within the region where the hair is added. We placed on the special hair that we call Choi, and thus the hair is planted without the need to open the duct. therefore, the hair has been overlooked for a shorter time. Since in other procedures the hair is held in special water for 2-4 hours on the typical, the DHI system is applied to the world where the hair is removed immediately from the hair with none waiting. Another consideration is that the absence of scarring and thus the straightforward healing of the injuries.

The hairdo goes through just one phase instead of two. When the ducts are opened first and thus the seeds are planted, the seeds are opened at the same time because the channel is opened directly with the pen. Less hair care also plays an enormous role in the fast healing of wounds. Another benefit is that it’s possible to plant a frequent transplant. Especially the front hairline offers a superb advantage for normal making and natural appearance.

DHI technique, unlike the FUE technique, is marginally more suitable in terms of opening and rising hair follicles.

What is the difference between DHI and FUE?

The key difference between FUE and DHI is how grafts are inserted within the recipient region.

While the surgeon manually inserts the removed grafts during FUE, a special implanter instrument (also mentioned as Choi Implanter Pen) is used with DHI. Also, FUE needs the widening of the canal before implantation. DHI enables the implantation to need place directly after extraction, without the need to make holes or slits for the grafts to be inserted.

A follicular unit extraction could also be a kind of graft processing, but within the procedure called a micro motor, tools were used to open the holes where the hair was put within the canal and thus the name of the cultivation technique was mentioned as FUE.

The two approaches have benefits over each other and the surgeon must determine whether to take care of the patient, and the surgeon should recommend which one is best. Decide with your physician the procedure that would be most suitable for you and never forget that the technique can be modified on a case-by-case basis. And this method is proving to be very useful for today’s era. And it will be much more useful in the days to come. And until then people will also believe it. And modern science has made it much easier and more convenient. And now people are attracted to it because of the loss of their hair.