It is very important to know that why male pattern baldness exists. It is commonest type of alopecia usually occurs after the age of puberty. This cosmetic problem affects most of the men over 50 years. This issue become more obvious with increasing in the age. It includes about 16% of men of age 18-29 years and 53% of men of age about 40-49 years. The male pattern baldness is simply classified in six types as median line, temporal line, frontal line, para median line. It includes in the form of non-scarring hair loss. It occurs as the result of genetic, hormonal as well as age related factors. 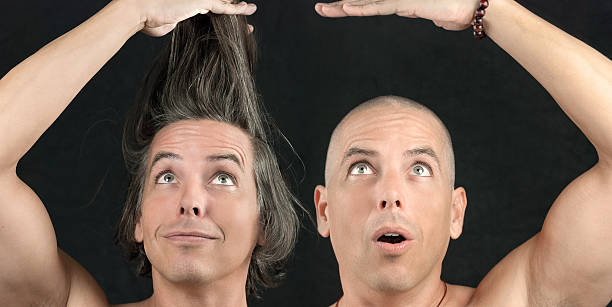 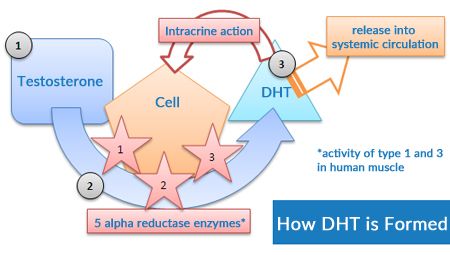 Why does male pattern baldness exist? In order to know this, first the stages should be understood. It includes the first stage which involves no loss or only showing hair lines near temples. It is very difficult to spot out the thinning. Its stage two shows the temple hair loss which shows very less right and left temple. It shows an M-shaped hairline that is very common mostly in older men. Mostly the thinning occurs at the mid line of the scalp but not too much thinning occurs. In this stage mostly alopecia is not so dominant. Then in progression towards the stage three includes thinning at the vertex of the scalp. It also includes the very little hair around the temples. In this stage the alopecia spots show at the scalp top. Stage four includes the large patches at the vertex as well as at the frontal line the thinning occurs. Stage five includes horse shoe shaped hairline. At this stage the problem becomes more and more severe mostly at the top of the head. The stage six includes extensive alopecia, as the hairline reaches at the top of the scalp. Hair becomes so thin that it cannot show the full coverage of the head. Also the hair loss occurs at the sides of the head. Stage seven includes complete alopecia. Hair loss completely occurs but thin hairs are present at the sides of the head that are too thin.

Mostly people ask during the initial consultation, why does the male pattern baldness exists? According to research the problem is associated with changing in the sex hormones in men called as androgen. As the androgen has the function of hair growth regulation in men. So any disturbance in the androgen production, leads to the MPB. Also it occurs due to the family history so in the causes genetic factor also includes. The issue occurs also due to the age factor. As increasing in age occurs in men, this problem can exist. Other causes include the infections, nutritional deficiencies and also may be due to the psychological disturbances. Males have a higher chance of losing hair, who have first and second degree relatives. It may also occur due to the diabetes, obesity, increased blood pressure or may be prostate cancer. Others may also include fungal infections, thyroid problems, iron deficiency, malnutrition, iron and vitamins deficiency, use of vasodilators and blood thinners. AR (androgen receptors) genes changes can also cause the issue. Also the prostaglandin D2 abnormal changes in scalp of some men can also lead to the problem.

The symptoms of the issue also have significance after knowing the causes or why does male pattern baldness exist? Its symptoms include receding hairline, thinning crown, diffuse thinning ( on entire scalp). The best time for the doctor consultation is when you notice the symptoms. If consultation with doctor and treatment delays , the problem will progress as the stages described above.

The treatment is also important beyond why does male pattern baldness exist? It includes treatment with MINOXIDIL, which is actually a topical treatment, which is in the form of foam or liquid applied at the scalp by hands. Its treatment also includes finasteride that is available only on prescription by any dermatologist. Ketoconazole 2 percent, also known as NIZORAL PYRITHIONE zinc 1 percent, or Head and Shoulders are the two shampoos used for the treatment, but the most effective treatment is MINOXIDIL. So the treatment should be done as soon as possible.

What is the permanent solution and baldness treatment in Lahore Pakistan?

The best and everlasting solution naturally is hair transplant procedure either through FUE or FUT.